Lawinspiring
Home Legal Info Trademark Genericide: What Is It and How to Avoid It

Is Velcro a well-known brand or just generic term for a hook and loop fastener used commonly on various products which gives us that particular sound which we love. Is Velcro another victim of its own success? Is its most valuable asset – trademark Velcro – going to lose its value due to becoming a generic term that anyone can use instead of describing their products as a hook and loop fastener. Well, that’s a crucial question.

George de Mestral has invented the hook and loop fastener in 1941 and presented it in 1955 and subsequently refined and developed its practical manufacture until its commercial introduction in the late 1950s. It contains two compounds: a lineal fabric strip with tiny hooks that could “mate” with another fabric strip with smaller loops, attaching temporarily, until pulled apart.

De Mestral gave the name Velcro, a portmanteau of the French words velours (“velvety fabric”) and crochet (“hook”), to his invention as well as to his company, which continues to manufacture and market the fastening system nowadays.

The product became so practical and famous that the company’s name Velcro became very well-known. Every company dreams to get a patent for a product which will become a success and which is sold worldwide.

WHERE THEY WENT WRONG

Velcro has become shorthand for everything from the straps on shoes and gloves to wallets that make that famous ripping sound when you open them which apparently has bothered the company by infringing on its trademark.

It so happens that they did keep a watch on the use of the mark (by the public) for some time until it became a commonly used verb or a noun to easily describe their product as well as similar products which include a hook and loop fastener. Hence, when we use ‘velcro’ as a noun or a verb (e.g., velcro shoes) for any product including a hook and loop fastener, we diminish the importance of their brand and the term becomes generic like a “Pizza” or the “Sun”.

Therefore, in order to save their brand, Velcro attempts to stop consumers from using its name in everyday conversation to prevent it from becoming a generic term. It uses all possible ways to increase awareness among consumers such as videos to remind them that it is Velcro who invented ‘a hook and loop fastener’ and it is thee who produce the original Velcro products and only those can be called Velcro.

Velcro is not the only one who is losing their brand value due to the trademark genericide. There are others as well.

GERNERAL PRECUTIONS WHILE USING SUCH BRANDS

You want your brand name to become famous, but not so famous that everyone starts using it for their products too! Brand advertising can be tricky and it is best to consult an expert so you don’t get “stuck” with the trademark genericide.

Meghna Kalyani-Kolhatkar is an Indian Attorney based in Nagpur. She holds an LL.B. from Nagpur University. She also has a diploma in Interior designing and thus realizes the importance of creative work and Intellectual Property protection. 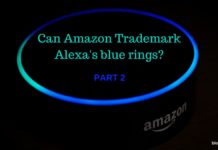 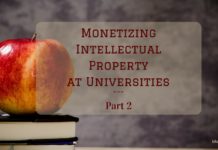