Lawinspiring
Home News The Deep Freeze: What the US Navy and this Kitchen Appliance have... 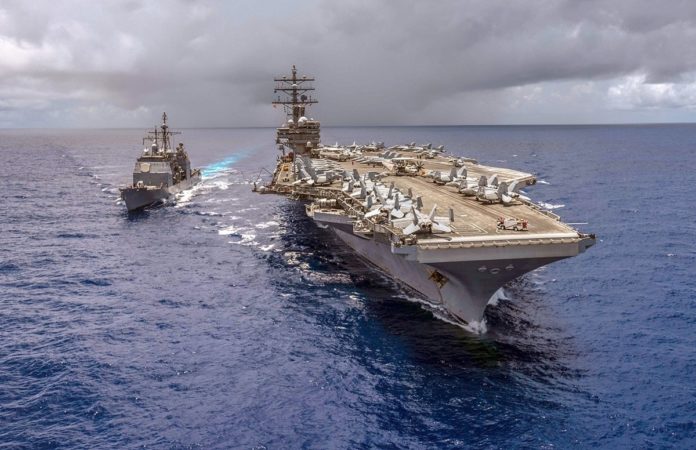 During the Cold War, the United States wasn’t just involved in a space race, they were also involved in a race to the South Pole. The U.S Navy’s funding for Antarctic expeditions had been cut for political and economic reasons, but once the USSR announced their intention to build a base on the South Pole, “the impossible had suddenly been turned into a political necessity.” Thus, funding was achieved and the Navy’s “Operation Deep Freeze” commenced. However, the operation was originally called “Operation DeepFreeze” but renamed after being contacted by the Amana Corporation, a refrigerator manufacturer.

SouthPoleState.com states that the Navy was forced to change the name of their Antarctic expedition because “Amana Corporation notified the Navy of a copyright infringement.” However, copyright law does not usually apply to phrases such as band names, books titles, or product numbers as these phrases lack creativity. It is much more likely that Amana Corporation sent a trademark cease-and-desist letter (or a nice phone call, as this is the Navy).

Even with the multiple mergers and acquisitions over the years, Whirpool/Maytag/Amana are still selling products under the DEEPFREEZE and RADARANGE trademarks. Below is an image of the letter sent with the specimens proving use of the trademark DEEPFREEZE in 1940. Nowadays, the USPTO is paperless and the days of law firms mailing in photos is long gone.

The application for DEEPFREEZE was filed on October 24, 1940 and the trademark registration was obtained in September 16, 1941. It’s interesting that the company obtained a trademark in the middle of World War II. The registration has been renewed through the decades and is still a “live” trademark. In fact, you can still buy an Amana DeepFreeze freezer at HomeDepot today.

Usually a space between literal elements of a trademark is not enough to avoid trademark infringement. However, when two parties can come to an agreement that their marks are not confusing, the courts generally allow the two parties to continue with their use. Consent agreements are a powerful tool to avoid litigation and a refusal of registration by an Examining Attorney. If you are interested in a consent agreement, it is important to talk to an attorney as courts do have a right to reject them, even if both parties agree.

It is unclear if a consent agreement was signed between Amana and the Navy, but it’s nice to know that the parties were able to come to a mutual beneficial result. You can still buy DeepFreeze refrigerators and Operation Deep Freeze has become the general term for the Navy’s activity in the Antarctic, which is still going on today.

To donate to the Naval Historical Foundation or the Navy-Marine Corps Relief Society, click the hyperlinks. Happy Veteran’s Day!