Consumers are becoming more aware and active against negative cultural appropriation. Fashion designers who have passed off indigenous patterns as their own, models walking the runway in Native American headdresses, and superstores selling racist Halloween costumes have all faced public backlash and made public apologies. However, the registration of the Redskins’ Native American caricature and Aloha Poke Co.’s actions against native Hawaiians’ use of “aloha” is evidence that trademark law has not changed with public sentiment.

Cultural appropriation is the use of “creative or artistic forms, themes, or practices by one cultural group from another” (Oxford). Unlike other forms of cultural expression such as clothing and ceremonial traditions, language is integral to commerce. The tension between freedom of speech and the government’s control of commerce came to the surface in the Supreme Court’s recent  decision Mattal v. Tam (2017). Trademark law is designed to protect consumers from source confusion and encourage companies to build goodwill in their brands. Trademark law does not protect consumers from offensive, derogatory, or scandalous marks; but this does not mean trademark law’s role in negative cultural appropriation should be ignored.

Trademarks such as NIZHONI and ALOHA POKE CO. are in languages spoken by groups who have been oppressed by the registrants ancestors – white, male Americans. Aloha Poke Co. is a fast food restaurant owned by a white guy in Chicago who has sent cease-and-desist letters to native Hawaiians who also use “aloha” in their restaurant names. Nizhoni is a health care service in Massachusetts owned by a white guy, more than 2,000 miles from the Navajo Nation. Not all marks that use foreign words are examples of negative cultural appropriation, as there are many marks owned by Americans that use French terms to evoke the luxuriness of their products. Trademark law does not distinguish between registrants who use of the foreign word as negative or positive cultural appropriation, just whether the mark would likely cause confusion.

Attorneys can refuse to work with clients who want to apply for marks that are culturally insensitive. However, this offers little consolation to Hawaiians and other indigenous groups whose native languages are trademarked by privileged, white Americans.

Congress can limit trademark law, for instance current statutes prevent trademark registrations that are confusingly similar to the National Park’s spokesperson Smokey the Bear. Legislators could pass a law preventing the registration of trademarks that include indigenous words such as “aloha.” In the 2018 midterm elections, the topic of banning Hawaiian words from trademark applications became a talking point among candidates (Huffington Post).

Since many trademark attorneys seem to be unbothered by helping individuals obtain monopolies on indigenous languages, it may be up to legislators to prevent fast food companies and football teams from appropriating Hawaiian, Navajo, and Sioux language.

To find and contact your state representative about the Redskins and Aloha Poke Co. trademarks, follow this link: https://www.house.gov/representatives/find-your-representative. 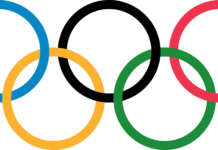