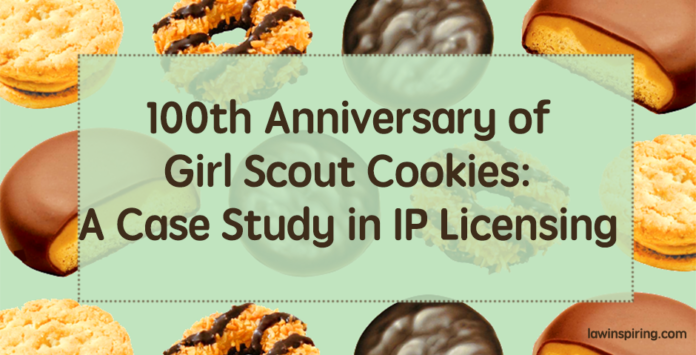 It’s National Girl Scout Cookie Weekend! You know what that means — millions of little (and not-so-little) girls hit the streets and the stores to push our biggest vice. Even the names themselves are legendary. Or are they?

While everyone reading this surely knows what Thin Mints are, depending on where you live in the US, you may not have heard of Tagalongs or Samoas.

How can that be? Tell me it isn’t true. Is there nothing in this world that is sacred?

The Girl Scouts of the USA have been selling cookies as a fundraiser for 100 years this year, and over that time there have been many officially licensed bakeries. Today, two bakeries bake up the delicious treats known as Girl Scout cookies, and they each control geographic territories.

Little Brownie Bakers, the larger and more well-known of the two bakeries, makes Tagalongs and Samoas (among other varieties).

ABC Bakers, on the other hand, makes Peanut Butter Patties and Caramel DeLites (among other varieties).

Although there are some slight differences in recipe (resulting in taste and appearance differences), it essentially works out to different names for the same basic cookies.

In some parts of the country, a chocolate-covered peanut butter Girl Scout cookie is called a Tagalong. In others, it’s a Peanut Butter Pattie.

In some parts of the country, chocolate and caramel-drizzled coconut cookies are called Samoas. In others, they’re Caramel DeLites.

So why the difference? Intellectual property and licensing!

Interbake Foods, LLC in Richmond, VA (the company that owns ABC Bakers) has owned the trademark registration for CARAMEL DELITES for “cookies” in Class 30 since 1998, although the first use was in 1982.

On the other hand, Kellogg North America Company in Battle Creek, MI (the parent company of Little Brownie Bakers) has owned the trademark registration for SAMOAS for “cookies” in Class 30 since 1986, although the first use was in 1974.

Girl Scouts of USA licensed both Little Brownie and ABC to bake cookies, and each bakery has their own exclusive cookies, as well as standard historical favorites. Little Brownie’s Samoas were so popular that customers in ABC territories also wanted to purchase them, but since Little Brownie owned the trademark, ABC’s chocolate-and-caramel coconut cookie is called Caramel DeLites.

Are they the same? Not exactly. The recipes are proprietary, so ABC had to come up with their own formula. The result is less caramel per coconut than the Samoas. They are also made with milk chocolate, whereas Samoas have dark chocolate.

So what about the other varieties? Who owns those trademarks?

Girl Scouts of the United States of America owns the registration for THIN MINTS. Although the mark had been in use since 1974, it was only registered as a federal trademark in 2011. It’s also worth noting that it was registered under Section 2(f) of the Trademark Act, which means that although they acknowledge the descriptive nature of the mark, it has acquired distinctiveness, or secondary meaning. Even though THIN MINTS merely describes a cookie that is thin and has a mint flavoring, over time this mark has become so famous that nobody thinks of it as merely describing any old cookie, but specifically the chocolate mint cookies sold by Girl Scouts.

Indeed, GSUSA has increased the fame of their iconic Thin Mints by a hefty licensing program. You no longer have to wait all year to get your Thin Mints fix, and instead can quench your desire for chocolate mint year-round by purchasing Girl Scouts branded products. Quite the licensing empire! Although it may seem like selling cookies is just a way for troops to raise money for camping or community service (and it definitely is, don’t get me wrong!), Girl Scouts also has an entire business skills program for girls ranging from kindergarten to 12th grade. It’s perhaps not a coincidence that although 25% of American women were Girl Scouts, 80% of female CEOs are graduates of the cookie program.

So while you’re enjoying your Thin Mints this weekend, think about how you’re helping to prepare the next generation of female leaders!

HEATHER A. SAPP is the Senior Trademark Attorney at LegalForce RAPC. Prior to joining LegalForce, Heather was a Trademark Examining Attorney at the U.S. Patent & Trademark Office for more than a decade, and before that she was a Legal Fellow for the House of Representatives Judiciary Committee Subcommittee on Courts, the Internet, and Intellectual Property under then-Ranking Member Congressman Howard Berman. She also holds an LLM in Intellectual Property with High Honors from George Washington University School of Law. Heather is a popular speaker on the writers’ conference circuit, speaking on intellectual property issues for authors under her Young Adult fiction pen name, Amanda Brice. In her spare time, she’s also the leader of Daisy Troop 4562 in the Girl Scouts of the Nation’s Capital Council. 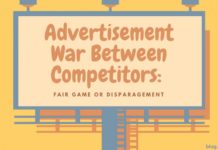 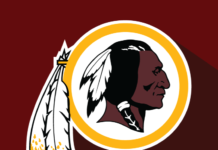 Trademarks after Tam: A Rise in Offensive Filings and the Washington Redskins 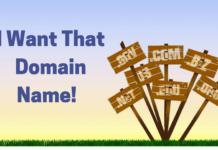 I Want That Domain Name!